After months working behind closed doors, the final project was presented today at the USI Architecture Academy in Mendrisio for the ‘Villaggio del Gusto’, the throbbing heart of Lugano City of Taste, the event that will be staged between 13 and 23 September this year. Lugano City of Taste decided to whet the architects’ appetite with a collective project, one of the most important steps in the positive collaboration between the food and wine event and the USI.
The work, displayed by the students of the first year of the Atelier Canevascini, will be created inside the Conza Pavilion, at the Lugano Congress Centre, where the kermesse will propose an area with various refreshment points, including a corner dedicated to the dish symbolising the event: the polpetta (rissole). The project features the excellences of the territory in various aspects: from the young generations that devised it, through to the Ticino companies that will produce it.
Midway between a design and a practical construction, it will be an eco-friendly structure, made largely out of wood, dismountable and reusable at a later date. During the presentation, the Ticino architect Mario Botta underlined that: “For the first time, the first-year atelier worked on a collective project converging not only on an intellectual exercise, but one that will actually be created, thanks to a genuine commissioner such as Lugano Città del Gusto.”
In order to achieve this aim, the students explained that they “organised the atelier as a sort of kitchen brigade in which the initial individual ideas came together to provide a single result: the result of numerous heads and hands.” A great example of teamwork that will be unveiled on 13 September in the Conza Pavilion. 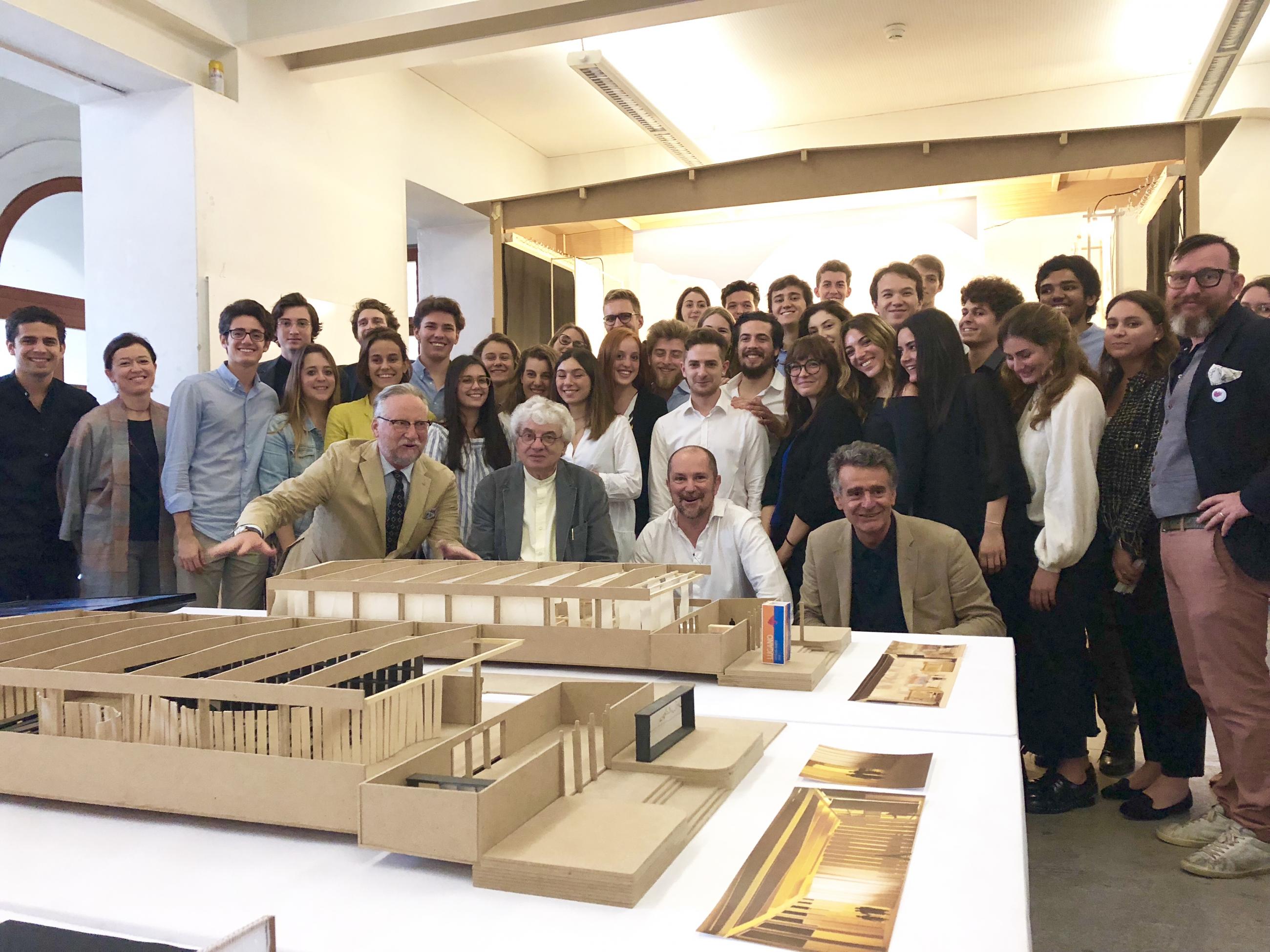